Vitamin K2 is like the Swiss Army knife of nutrients, helping with many jobs that the body needs to stay healthy. It’s important for blood clotting and healthy bones but also has many other functions, like regulating the balance of minerals throughout the body and keeping our memory sharp. The role K2 plays is still not entirely understood, but research suggests that a nutrient deficiency of this vitamin can have far-reaching consequences for your health.

What Are the Benefits? Unfortunately, many people are not aware of the health benefits of the K2 vitamin. The K vitamins have been underrated and misunderstood up until very recently in both the scientific community and the general public. It has been commonly believed that the benefits of vitamin K are limited to its role in blood clotting. Another popular misconception is that vitamins K1 and K2 are simply different forms of the same vitamin—with the same physiological functions.

New evidence, however, has confirmed that the K2 vitamin’s role in the body extends far beyond blood clotting. It may help stave off chronic disease by:

The K2 vitamin has so many functions not associated with K1 that many researchers insist that K1 and K2 are best seen as two different vitamins entirely.

Do We Need K2 in Our Diet?. A common misconception is that human beings do not need K2 in their diet, since they have the capacity to convert vitamin K1 to K2. The amount of K1 in typical diets is generally greater than that of K2, and researchers and physicians have largely dismissed the contribution of K2 to nutritional status as insignificant.

However, although animals can convert vitamin K1 to K2, a significant amount of evidence suggests that humans require preformed K2 in the diet to obtain and maintain optimal health.

Foods High in Vitamin K2. All of this evidence points to the possibility that K2 may be an essential nutrient in the human diet. So where does one find K2 in foods? The following is a list of the foods highest in the vitamin:

It was once erroneously believed that intestinal bacteria played a major role in supplying the body with this vitamin. However, the majority of evidence contradicts this view. Most of the K2 produced in the intestine is embedded within bacterial membranes and not available for absorption. Thus, intestinal production of K2 likely makes only a small contribution to vitamin K status. (6)

Fermented Foods Are a Good Source of K2. Fermented foods, however, such as sauerkraut, cheese, and natto, contain substantial amounts of vitamin K2. Natto contains the highest concentration of K2 of any food measured; nearly all of it is present as MK-7, which research has shown to be a highly effective form. One study demonstrated that MK-7 increased the percentage of osteocalcin in humans three times more powerfully than did vitamin K1. (7)

We’re Still Learning about the Health Benefits of K2. New research that expands our understanding of the many important roles of vitamin K2 is being published at a rapid pace. Yet it is already clear that vitamin K2 is an important nutrient for human health—and one of the most poorly understood by medical authorities and the general public.

Vitamin K2 and Cancer in Men. A study published by the European Prospective Investigation into Cancer and Nutrition (EPIC) revealed that increased intake of vitamin K2 may reduce the risk of prostate cancer by 35 percent. (1) The authors point out that the benefits of K2 were most pronounced for advanced prostate cancer and, importantly, that vitamin K1 did not offer any prostate benefits.

The findings were based on data from more than 11,000 men taking part in the EPIC Heidelberg cohort. It adds to a small but fast-growing body of science supporting the potential health benefits of vitamin K2 for bone, cardiovascular, skin, brain, and prostate health. 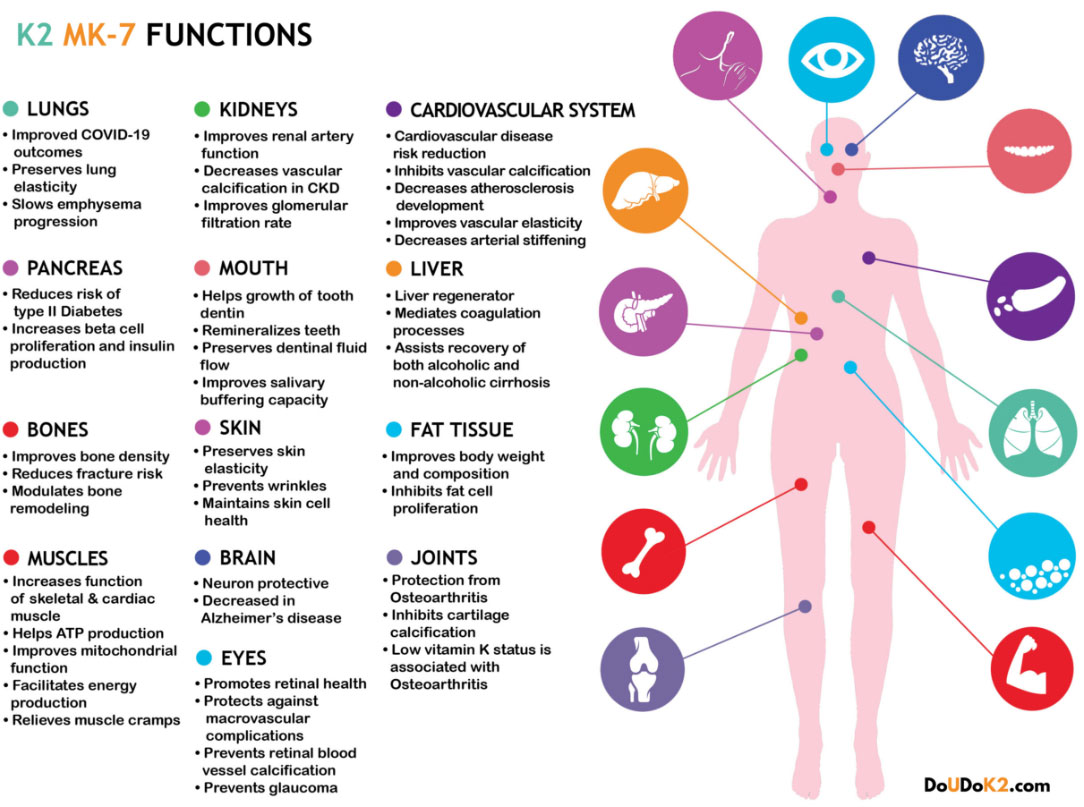 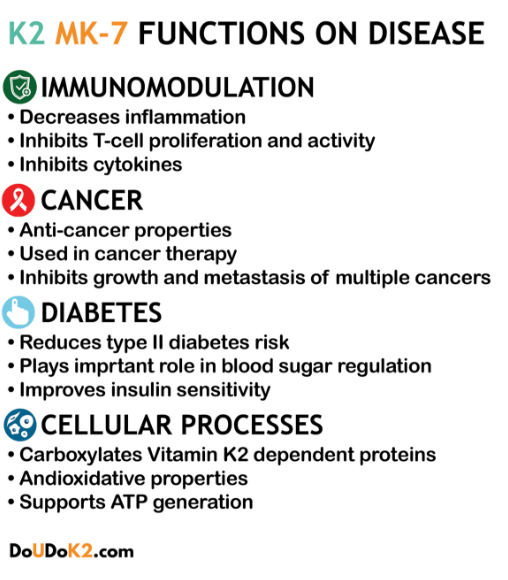 Indeed K2’s list of benefits is long and impressive. But to get all of K2’s benefits you need to be sure you are getting the right form of K2. The vitamin comes in 2 distinct forms MK-4 and MK-7. The only difference between the two forms is the length of the molecule itself (MK-7 is longer). This difference is paramount to the therapeutic benefit of vitamin K2. The chart below clearly shows that MK-7 is the preferred form (smaller dose, lasts longer in the body, better absorbed, more bioactive, can be converted and raises serum levels). 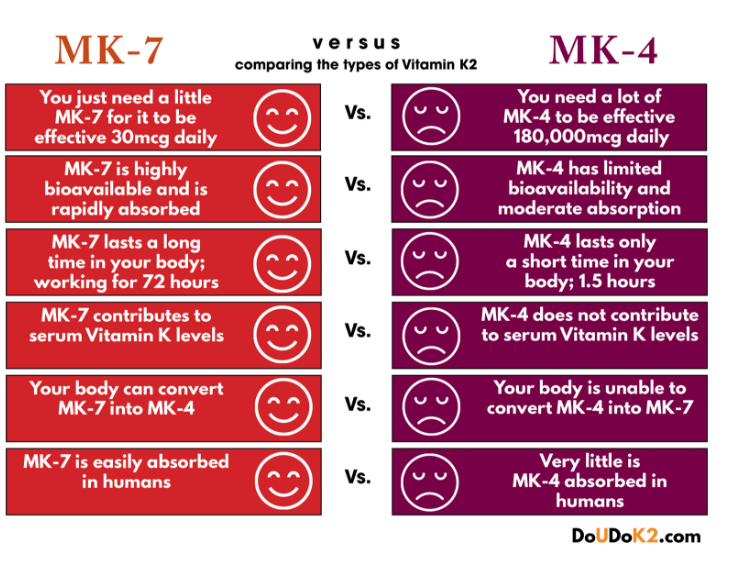 Privacy Notice. By clicking Sign Up, you have read and agreed to the Pure-lē. By subscribing to our mailing list you will always be update with the latest news from us. We never spam!
BENEFITS
LIFESTYLE
CATEGORY

4 Generations
Philosophy
Quality
Ingredients
News
Sign In
My Orders
Loyalty Program
View Cart
Sign out
Over Four Generations of creating great formulations, we have learned that neither quality nor ingredient choice is a destination unto itself. Rather it is a route to our ultimate destination, which is your trust. For the truth about science is that we are always learning and improving, so each choice we make must be grounded in the best information and practices available, while are always seeking to expand and update that knowledge. This is how we focus each day on gaining and retaining your trust to make those choices wisely on your behalf. This philosophy of putting your trust first, and making each decision with the singular focus of doing what is right by our customers, has led us to develop our quality manifesto – The 5 P’s of Purele – from which we have committed never to deviate, as well as ironclad policies around ingredient sourcing. We invite you to find out more:

Welcome to
My Rewards